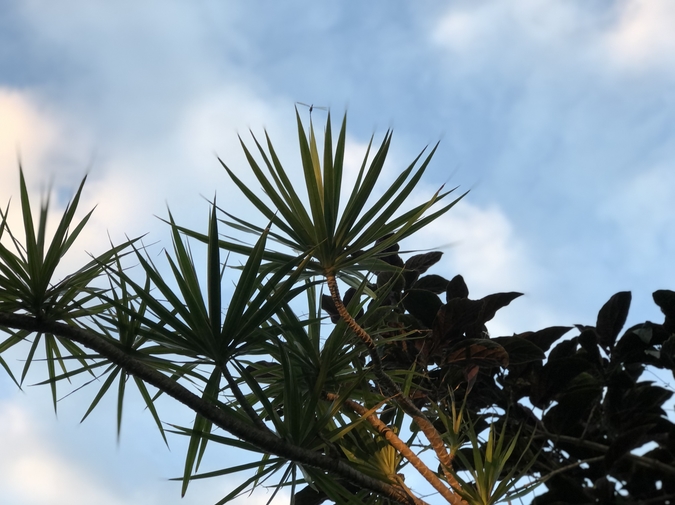 Abuela raised me to eat brains. My cousins were raised away from her house and from her food. None of them had to eat the cuts Abuela used in the kitchen: brains, tongue and kidney that we would mix with papa amarilla, paprika and brown sauce. They, in their wealthier houses, could eat anything they wanted that was different from what their parents grew up eating.

Brains, when they are fried, don’t taste mushy and soft. They are tender and flavorful, like most battered things. Tongue was a nightmare. When I was little, I thought she was feeding me a human tongue. I gagged thinking I was eating my own. It felt slimy and soft. Anything but tongue, I would beg. But Abuela insisted. She would present me with grilled tongue, tongue with white sauce and herbs, almost burned tongue. Pa’ dentro, she commanded. Eat it.

And I would because I had to.

Grandma would send me containers to Bogotá full of kidney and papa amarilla. I moved away from my hometown to the capital to study in a wealthy university, courtesy of an uncle. Education for the little orphan, if life awards her with nothing else. Serve with rice, Abuela would tell me later in a phone call. I made enough kidneys for you and your friends, she said. Don’t be greedy.

I never told anyone I liked kidney. It was shameful. People of a certain class didn’t have to eat like that. Like Abuela and I did, while the rest of the cousins feasted on filet mignon and lean cuts. It was dangerous to eat like we did. Like one was hungry enough to eat the whole animal.

There had to be a difference between one and the beasts.

Winter in my homeland meant heavy rain and dry soil. Floods and crops that are so unsatisfactory they leave entire towns hungry. Winter in this tucked away town, away from Abuela and the cousins, was long, dry and nights heavy with ice cold wind. I met my fiancé in Bogotá and he invited me to live with him in the States.

I want to Abuela, I said, but his family can’t move, I lied.  So she came on an airplane with my cousins and uncle and took possession of the kitchen in our spacious American home.

Ajá. I said. Covering her frail shoulders with a velvety eggplant color shawl.

Two nights before we married, Abuela cooked kidneys with rice. She moved slower in the kitchen but the smell of the sizzling onions and bell peppers sprinkled with paprika still had the power of invading the whole house.  Abuela, I kissed her on the cheek. Let me help.

No. Her thin frame shivered despite the heating. Her skin had only ever been subjected to the humid tropical heat.

The cousins ordered a pizza. She didn’t care, that was a battle that she had lost long ago. She made me translate. Tell your friancé to try. It’s my granddaughter's favorite. With him I tried, at first, not to keep secrets. So I told him: Kidneys are my favorite.

Abuela and I ate. The dish smelled just like in my memories. Abuela looked at him the whole time while he cut the pieces of slippery brown meat and tried to put them in his mouth. The food lingered on the fork longer than it needed to.

No like? She asked. Her broken English travelled across the dinner table.

You don’t have to eat it, honey. I said. I stood up and took the plate away from him. His olive green eyes looked away from Abuela’s hawk gaze. One of my cousins opened the pizza box and brought him a cold pepperoni slice.

Abuela has been dead for a couple of years now and although she never stopped doing anything while pregnant, she didn’t even stop drinking aguardiente, I don’t follow Abuela’s footsteps. I stopped eating kidneys while pregnant. Even though I had warmed up to the buttery and slippery taste of tongue by then, perhaps by how it reminded me of her, I stopped eating that too.

One day my husband phones me to tell me he’s eating dinner in the town’s pub with a friend. Don’t come too late, I say. It might get too snowy to drive. He reminds me he has his big American yellow truck with its big chain tires.

Dinner is ready. I sit my toddler in his chair and I tell him in Spanish to open up wide.

I put a plate of kidneys, served with papa amarilla and rice, in front of him. I eat alongside my child. And when he spits it out. I wait patiently and feed him more. Pa’dentro, I command. Eat it.  Eventually he chews. When he does, I scratch his head of coarse black curls and I tell him about all the things that Abuela fed me in order to teach me how to survive.

María Alejandra Barrios is a Pushcart nominated writer born in Barranquilla, Colombia. She has lived in Bogotá and Manchester where in 2016 she completed a Master's degree in Creative Writing from The University of Manchester. Her stories have been published in Hobart Pulp, Reservoir Journal, Bandit Fiction, Cosmonauts Avenue, Jellyfish Review, Lost Balloon, Shenandoah Literary, Vol.1 Brooklyn and El Malpensante. Her work is forthcoming in Fractured Lit and Moon Park Review. She was the 2020 SmokeLong Flash Fiction Fellow and her work has been supported by organizations such as Vermont Studio Center, Caldera Arts Center and the New Orleans Writing Residency. She's currently at work revising her debut novel.