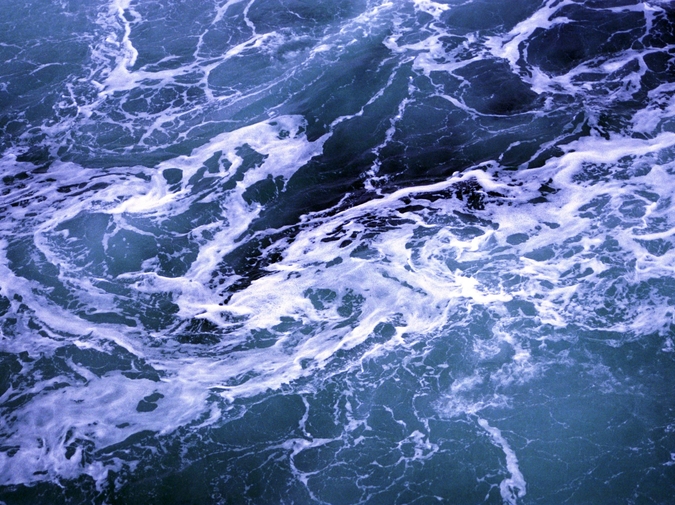 people always say, “i hear it rains a lot
over there,” as if nothing grows anywhere else in the country
under difficult conditions.

i can see how they’d like to pretend our growing was
less lovely, more uncomfortable, a nuisance,
as if all we did was press our faces
to rain-dappled windows and wish. like it was hard
to walk up all the hills, to dig the pine needles
from the gutters with our booted feet. if only we’d had the midwest
flat and friendly, could’ve grown up like beets underground
when it got too cold. could’ve eaten sweet corn, could’ve peeked
at the northern lights, could’ve had an easy, blue-skied fall,
could’ve swum in one of these ten thousand lackluster lakes
and pretended it were bigger.
like at no point our mothers would just

stop in the drizzle and point at the entire ocean, put our baby feet in there
and wiggle us through the seaweed. like at no point did i notice
the crayon color “purple mountain’s majesty” was the exact shade
of the cascades when i'd look east down the hill of 100thstreet
waiting for the morning bus that usually didn’t come.
like in my whole childhood nobody ever just said
here, eat this plum from the backyard. here, bake these berries from the woods
into a pie, here look at this slug, here see the barnacles eating, here
look an eagle high in the madronas. like all i ever had was
the worst grey day and we stayed inside and never saw a goddamn thing.

what would make you understand the beauty and the bigness of
where i'm from, when all you know is this other landlocked place?
it’s not as if my love is any better, just that the things i love are
taller, wider –
a tree trunk so huge you are a pinprick.
the tide sinking so quickly you might miss it happening, surprised, then
by the perfectly teal eye of an anemone revealed.

i crack open the salt-bleached highway
to see if there is a river somewhere underneath,
if we lost a turquoise sea down there,
perhaps the blue could act as portal home.

deception pass, some far flung rock below us –
the churn of the ocean at the ferry’s hips –
tide pool holding a secret crown of moon snail eggs–

these are the dreams i have now.

at the art institute of chicago, winter 2012, i do not know
any of the things that will happen to me. how i will stay
in a state turned sour longer than i thought i would.
how the place didn’t do anything wrong, just the winters
turning over and over begin to only remind me
of what, in this moment of walking through a door and into a stairwell,
hasn’t happened yet. here, i simply look up

and there she is: fat, flat clouds looking forever.
an abstracted tear-jerk, the exact image i watch
for three hours and twenty-five minutes
just to see my mother.

i almost always chase the sunset, watch the clouds
dyed pink ahead and ahead and ahead until
they are grey with night. below, the land is black and blank;
constellations of cities and towns with no names come and go.
it is not the lights i am interested in, or looking for –
rather, the spaces carved around and between them.

I was the sort of child that ate around the raisin on the cookie andate aroundthe hole in the doughnut saving either the raisin of the hold for the last
and best. So probably –not having changed much – when I started paintingthe pelvisbones I was most interested inthe holes in the bones – what Isaw through them – particularlythe blue from holding them up in the sun againstthe sky as one is apt to do when one seems to have more sky than earth in one’s world… They were more wonderful against theBlue – thatBlue that will always be there as it is now after all man’s destructionis finished.

the hunch of the great blue heron’s wings
as it stirs in the reeds at the foot of the yard.

nose of the kayak, belly of the mussel,
arm of cascades holding the city.

one stellar’s jay in the madrona,
shouting.

i know i’m here by the holes in the city.
the lines like a pelvis held up to perfect sky,
framing the blue.
from up here, the lights cut off at the water’s edge to a gap black with night
but down there, if you shone your lantern on it
like we’ve done at kalaloch in late july,
the blue is there.
here is my mouth gasping, as if finally getting air.

Blackout section from O’Keeffe’s writing in the exhibition catalogue for An American Place in 1944.

frog-eater, galaxy-mouth, pond-dwelling duck-sucker,
scourge of our backyard ecosystem, plague on the summer tune
i grew up with.

the simple slide of hook into your white lip, the gaping open
pink mouth as if gasping or screaming,
the blood red like mine when i scrape my knee. as little as a pulled tooth pumps.
we always threw you back, were never that good at
finding you to begin with. some of your lips i must have ripped open,
winding the line in with all my nine-year-old muscle –
just to have your pond-colored bodies sink back into the stirred-up mud.

this year, we don’t know where you’ve gone.
three of the baby ducks grew and grew.
a bullfrog calls to no one all night, but at least he’s calling.
when i woke up at two in the morning there was the faintest lullaby,
as if the red-legged frogs knew all of us were home again.

well, not you. or maybe just a few of you,
opening and closing your mouths down there,
missing the heron’s beak by a hair’s breath.

Clair Dunlap grew up just outside Seattle, Washington, and started writing at the age of six. She is the author of In the Plum Dark Belly (Beard Poetry 2016). Her work has appeared, or is forthcoming, in Occulum, Up the Staircase Quarterly, Noble / Gas Quarterly, Souvenir, and more. She currently lives in the Midwest and answers questions in an academic library.