Get Behind Me, Seitan Bacon 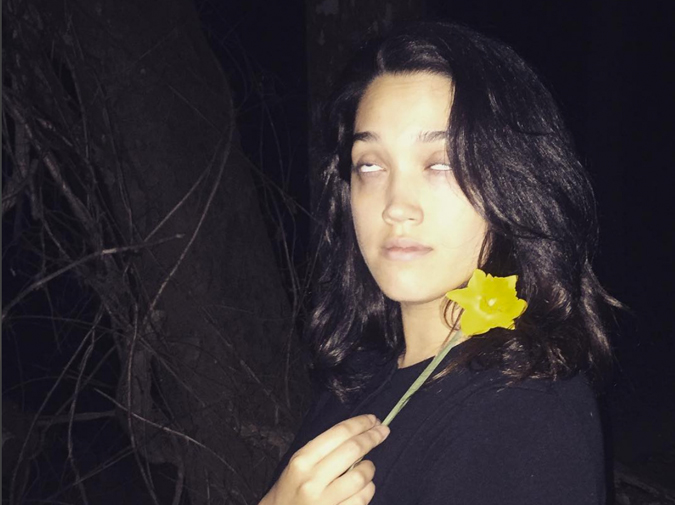 Back then, we sat on the phone for hours, talking: had Sister Lucy assigned the Dostoy’ excerpt, or the Tolstoy short; had I listened to the new From First To Last record yet, or that Cure album you lent me - Kiss Me, Kiss Me, Kiss Me; had I heard that Mark Gateuson was Facebook Official with Gab-ri-el-la; did I hear that guy who told us to stop, during the movie; did I remember, last week, in homeroom, during morning announcements, during morning prayer, when you leaned over and, in your worst Southern accent, said, “Bless Rachel Tuner’s precious little heart. It is just so great that they let the deaf girl do these,” and I tried to hold back tears and chocked out, “Rach…Rachel’s not…she’s not deaf,” which made you place your hand over your breast, sarcastically aghast, and said, “Well, Jesus-Mary-and-Joseph, I’d’ve sworn she was, the way she’s singin’ those hymns,” which made your accent break, which made me burst out laughing; had I heard when Rachel said Winter Ball tickets went on sale; did I hear what your Mom said, in the background; so, could I make it to dinner Friday; did I listen to that Smith’s album you lent me yet; isn’t that Smith’s album so great; did I watch that PETA documentary you posted on my Facebook wall; did I know how horribly farmers treated their chickens; did I know this senior, in our English class, David Tuner, Rachel’s brother; did I know that we’re making global warming worse by eating beef because cow farts heal the ozone layer; did I even consider how much I offended you when I laughed when you said ‘cow farts’; could we try this vegan restaurant up by Brown that Davy told you about; did I know that Davy went to animal rights protests and PETA rallies; did I hear that hi-lar-i-ous joke that Davy made about Gabriella in Sister Lucy’s class; oh…well, hadn’t I heard you in homeroom…Davy had already asked you to Winter Ball last week, so…; had I heard what you and Davy did last weekend; had I heard your ukulele cover of “Heaven Knows I’m Miserable Now” that you posted on Facebook; had I heard what day Sister Lucy said our papers were due?…I sat, listening to you for so long — sitting out that long silence, longing for your voice — that when the TV announced the death of some Italian opera singer I hadn’t heard of, I hadn’t noticed how long it’d been since you’d hung up.

Kyle T. Armstrong is from Rhode Island, and now lives in Brooklyn, NY. His work has previously appeared in Black Heart Magazine. He is working toward his masters degree in Urban Policy and Leadership at Hunter College.