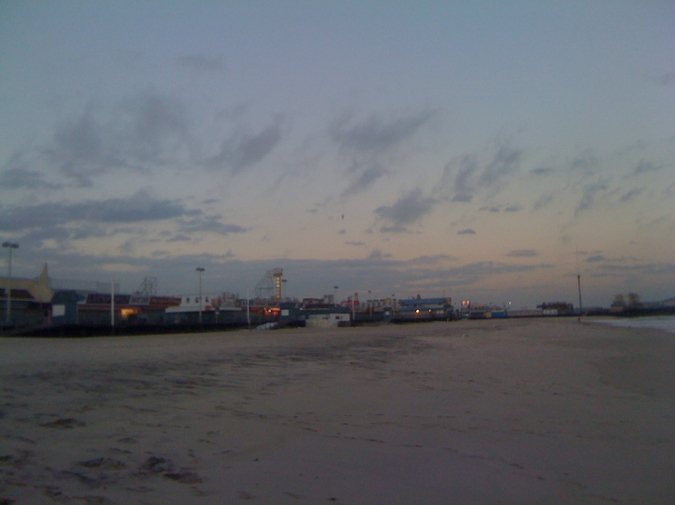 The scientist entered the mansion through a secret passage, and the dictator and his staff gave him DNA samples and told him to make them immortal bodies. When the work is done, the dictator said, you may join us to live through the cleansing, or you may go. But the work stays here.

The scientist looks down at the tray of test tubes filled with cotton swabs. He thinks about his pregnant wife who the dictator said will want for nothing.

And I trust you will provide everything I require?

Yes, the dictator said. A fully equipped lab, classified research, the best assistants money can buy. Of course, we understand what we ask of you. Your work will be long and difficult but my science advisers assure me you are the man capable of ensuring the continued strength of the empire’s leadership.

And may I consult with colleagues abroad?

Absolutely not. Your work is for us only––you will be taken care of. But no universities, no journals.

What of my family?

We are your family now.

For five years the scientist worked in the basement of the mansion––sterile, buzzing with machinery, lined with glass pods containing the bulbous husks of failed torsos, limbs, faces seeming to gasp for air. Eventually, with organ printers, holo-blueprints, and a new understanding of growth hormones, he’d made a presentable host body out of the DNA provided, and he invited everybody to see it.

No, the dictator said. Completely unacceptable. This looks nothing like me.

But it is you! The Stalinesque nose, your speckled eyes, your left foot half a size larger than the other...

It is not me, he repeated. It is a cheap copy, an insult to me and the empire.

You’re right. It’s not you. What you see will never age, never fall ill...

Your insult has nothing I have, he said. Where are the scars? My muscles? The fire in my eyes? The dark tan of a man who runs with his men through the jungle? This...thing will never carry my soul. Do not waste our time unless we can see ourselves on these tables.

I will need more help. And...I haven’t talked to my family. Your people say I have a daughter.

Does she know of me?

Your time is running out. Those who are against us must fall.

For six more months the scientist labored, mapping blemishes, constellations of moles, the sinewy contours of aged generals and young special operatives. Finally, the new bodies had everything the originals had, and again he arranged a viewing.


Are they to your liking, he said.

Not quite, the dictator said. These creations of yours are still not us.

Of course they are, the scientist replied. Don’t you see?––the scar on your eyebrow, the way branches of turquoise cradle her thighs, the gentle ripples of his behind. I copied everything!

True enough, the dictator said. But can they feel? Are they alive? They have brains don’t they? Even without our identities uploaded, they should be doing more than just lying there like mannequins.

The dictator unsheathes a knife from his boot and stabs his copy’s hand.

See? Nothing. No fear, no pain. A living thing would cry out, flinch, cradle his pathetic wound.

You said you wanted to be immortal; the wound is already healing.

We want to live to see the people fall when we spray their punishment across the empire. We don’t want to be monsters.

No, no, of course not. But surely not all the people––the scientist trailed off. And then he apologized for his failure and watched the dictator and his entourage march away.

In the scientist’s breast pocket is a photo of his daughter smuggled in by the dictator’s concubine––held by his wife in the village square, holding onto a stuffed bear his mother had made. The scientist holds a hand to his heart, contemplates the room filled with silent bodies. He takes a scalpel from a metal tray and slits the throat of the dictator’s copy, the gash closing like a zipper almost immediately.

For five more years he toiled in the bowels of the dictator’s mansion––identity formation, synaptic memory, pain receptors, the physical and metaphysical processes of consciousness. By the time the immortal copies became sentient, albeit blank slates, shuffling about in a constant state of confusion, the scientist realized uploading identities to their brains could only be temporary. Oh, the complexities of the human spirit. All the dictator and his people were would evaporate into the ether within a day, leaving their copies to start anew.

But the scientist called for the dictator and his entourage, and they came.

I have done it, the scientist said. The perfect bodies for your souls!

The dictator and his entourage examined their new bodies, pushed them to the ground, yelled at them: Mindless frauds! Swines, prove yourself worthy! Some copies fought back, let out horrific battle cries as they lunged forward. Others ran like frightened monkeys, cowering under tables, sitting in pools of their urine. All seemed to be distracted by shiny objects.

At last, the dictator said. It’s about time. And I trust you are ready for the transfer?

Of course, the scientist said.

And one by one over the course of a week, they came.

The dictator watched his advisers, warriors, and administrators as they closed their eyes, as the spark of life left their bodies and traveled a beam of light–––the eyes of their copies becoming suddenly deeper, older, more alive.

It’s like being born again, they said. Everything seems new.

And then it was time, and so the dictator climbed onto a table next to his copy.

Okay, he said. When I awake, I will be looking at you through the eyes of a god.

How are you all feeling now? the scientist asked once the dictator and his entourage had time to orient themselves, settle into their bodies.

I’d like to leave soon if you don’t need me, the scientist said. Take my family away from here before you punish the people.

If you must, said the dictator. After you’ve seen us through this transition.

And with that, the scientist left the dictator and his people to rest for the day.


What is happening, the dictator said after much effort.

Help us, the dictator said. Please.

And he led the dictator and his entourage outside, the first time he had seen the sky in over ten years. The scientist began walking towards home, his family, but turned around once more just before the dictator and the others disappeared into the jungle.

Your people will take care of you, the scientist said. They’ll know what to do. Just remember to keep walking, just keep walking.

Sequoia Nagamatsu was raised in the San Francisco Bay Area and Oahu, Hawaii and was educated at Grinnell College in Iowa. His work has appeared or is forthcoming in ZYZZYVA, The Bellevue Literary Review, West Branch, Redivider, The New Delta Review, Gargoyle, elimae, and One World: A Global Anthology of Short Stories. He was named a finalist for the 2012 Jaimy Gordon Fiction Prize from Third Coast and has placed in contests sponsored by Cutbank and Black Lawrence Press. He is currently working on a novel involving shape shifters and two short story collections (one inspired by Japanese myths and another revolving around grieving for the dead). He holds an MFA in creative writing from Southern Illinois University.